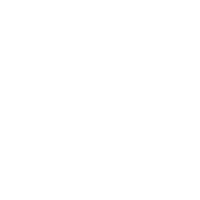 A "telescope" marching into the deep earth

Page view
Once upon a time, "nine days to catch the moon, the next five seas to catch turtle" has always been a dream of mankind since ancient times. Today, human space probes have left footprints in space, and deep submersibles have broken through the ocean bottom limit again and again. However, compared with the "sea of the world", human's "land entry" trip is difficult because of the barrier of the earth's crust. What is deep in the earth? Scientists have been attracting tireless exploration.
A telescope that extends to the depth of the earth
The most direct, effective and reliable way to detect the internal structure and material components of the earth is to drill a scientific drilling hole deep into the earth and extend the "Horizon" of mankind to the earth by thousands of meters or even tens of thousands of meters. Through scientific drilling, in geology, we can study the deep structure and evolution of the earth, the fluid in the deep earth and its function, check the results of geophysical exploration. In the development and utilization of resources and energy, we can study the metallogenic theory, the genesis of oil and gas, investigate and develop the deep thermal energy; in the environmental science, it can be studied. The causes of earthquakes, volcanic eruption mechanism, geological disaster warning, earth climate evolution, and life evolution history. Therefore, scientific drilling is known as "the telescope" to understand the information of the earth's interior.
Previous article:
无
The deepest scientific drilling and exploration well in Asia, well completion of pine well two, 7018 meters into the ground.
Next article: